This post has been a long time coming. Despite the fact that I write about our experiences, I have never gone into much depth about the rare syndrome my son was born with (it’s a hard one to write). So why have I decided to write this post now? Yesterday was Rare Disease Day and I want to create awareness of this day, awareness of my son’s syndrome and so many other rare syndromes that we know nothing about – rare diseases affect us all.

My son was diagnosed with Prune Belly Syndrome (also known as Eagle Barret’s Disease) the minute he was born, and soon after, Chronic Kidney Disease. 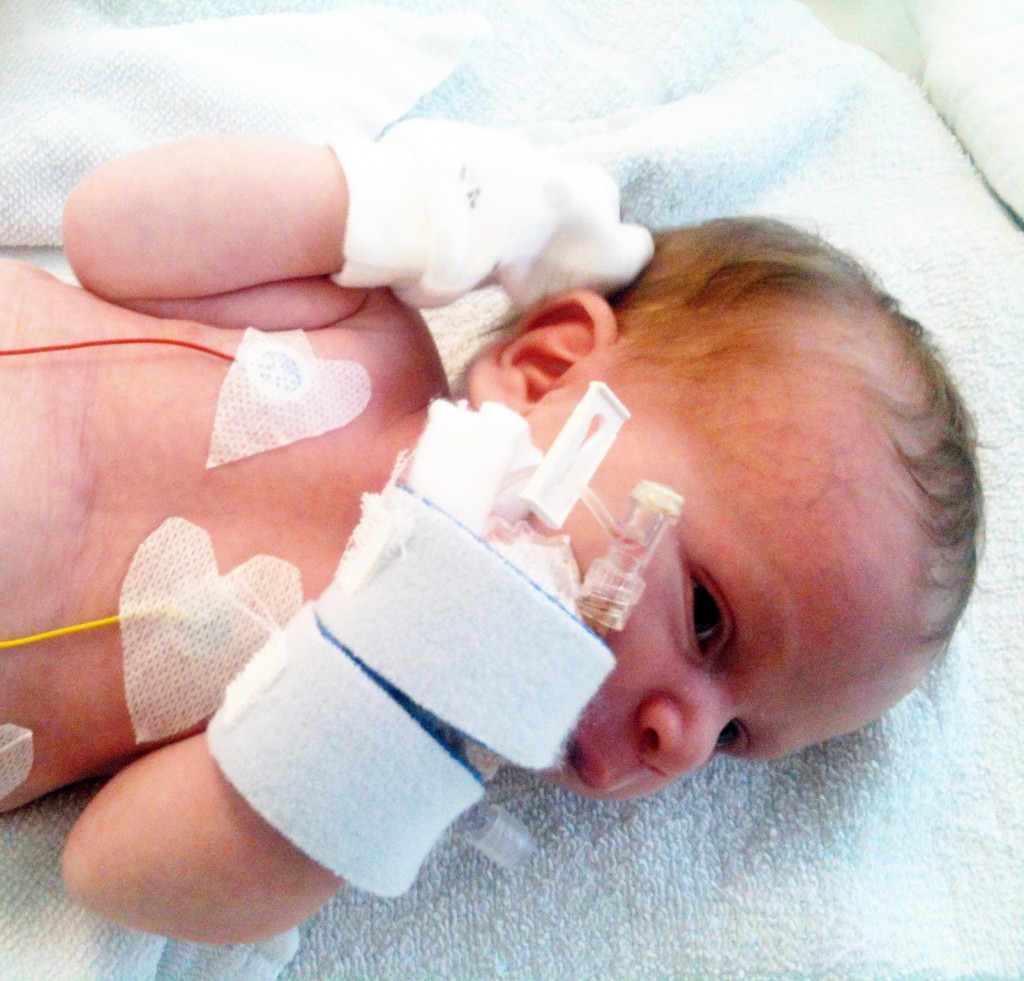 At my 20th week of pregnancy, the nurse conducting the ultrasound noticed an anomaly in the fetus. My gynaecologist recommended in-depth 4D scans to try to assess if there were any other indications of more serious problems. All tests resulted the same and the syndrome was not diagnosed in utero.

Because a baby in a womb can be compared to Pandora’s box, doctors didn’t want to take any chances, and a c-section was planned. I cannot begin to tell you how profoundly overwhelmed I felt at the extent of the medical staff that needed to be present at the time of my son’s birth. And how incredibly fortunate we were that the team was in place.

Then, just like that, I become an expert in something I had no idea even existed. I remember lying there, post c-section, aching to hold my son, with my husband on my bed side explaining that our son had ‘Prune Belly Syndome’. I lay there trying to comprehend it all, still doozy from the anaesthetic and the tears rolled down my face as he proceeded to tell me that our son was in the NPICU (Neonatal Paediatric Intensive Care Unit). I felt paralysed with fear of the unknown, and little could I believe just how serious it was, because, let’s face it…no matter how many facts you have, you never think it could possibly be happening to you. 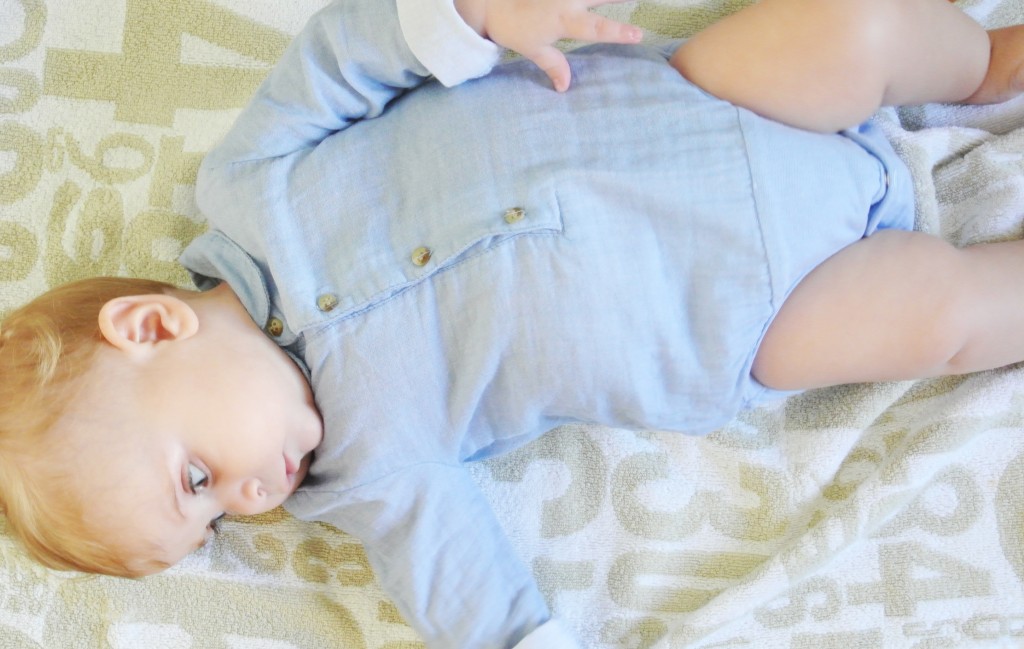 Prune Belly Syndrome affects 1 in 40 thousand births, and approximately 97% of those are male. 50% of children born with PBS do not survive long. In short, it is characterised by a lack of, or no, abdominal muscle, undescended testicles, and urinary tract problems – but each child presents the syndrome in varying degrees and complications. The name of the syndrome arose because of the mass of wrinkled skin that is often (but not always) present on the abdomen. 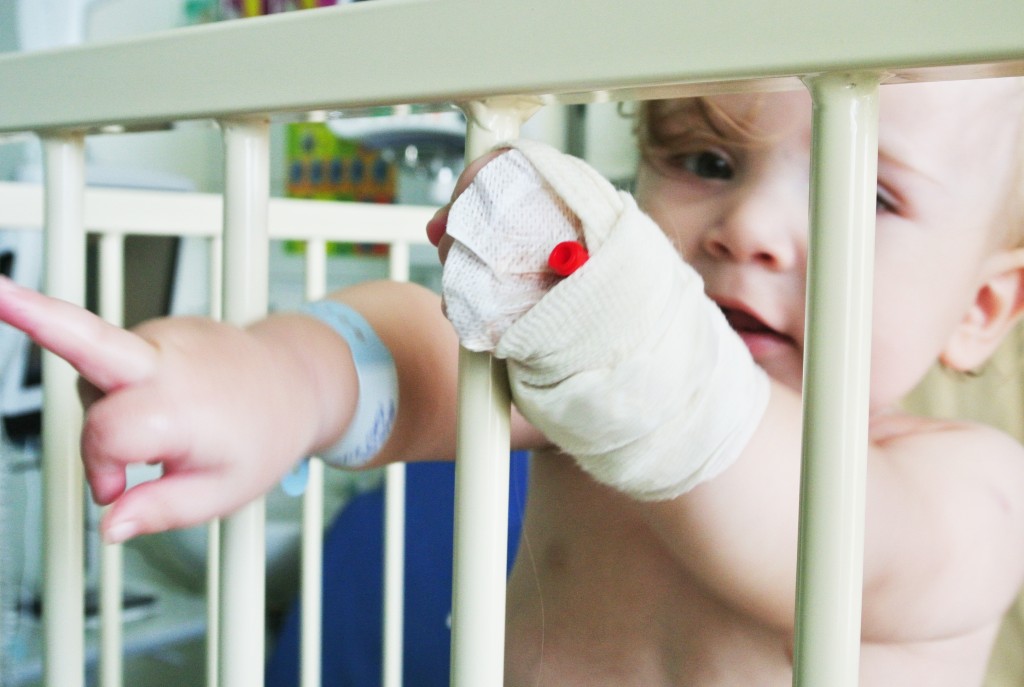 Henry spent the first 6 weeks of his life in the NPICU undergoing tests and scans, while the doctors worked tirelessly to find the right combination of treatments to help his body cope with the lack of function of his kidneys. Because of the deficiency of abdominal muscle, organs in the abdominal area are lax or undeveloped, meaning that his ureter was also long and distended, one kidney was not functioning and the other had little function. I visited him in the hospital 3 times a day, with some of those visits having doctors tell us that they were unsure of his survival. We were even referred to a bereavement therapist to prepare us for that which I can’t even write.

Little ones are so sensitive, making it easy for them to get sick. In normal circumstances, and with proper care and immunisations, children overcome most illnesses, and it even builds their immunity. At 7 months old, Henry was admitted to the hospital again. What started as a sore throat, ended up as several other infections that were very dangerous for him. I try not to worry about every sneeze, but it’s difficult not to be concerned and overly cautions of keeping him out of situations where he can potentially get sick. 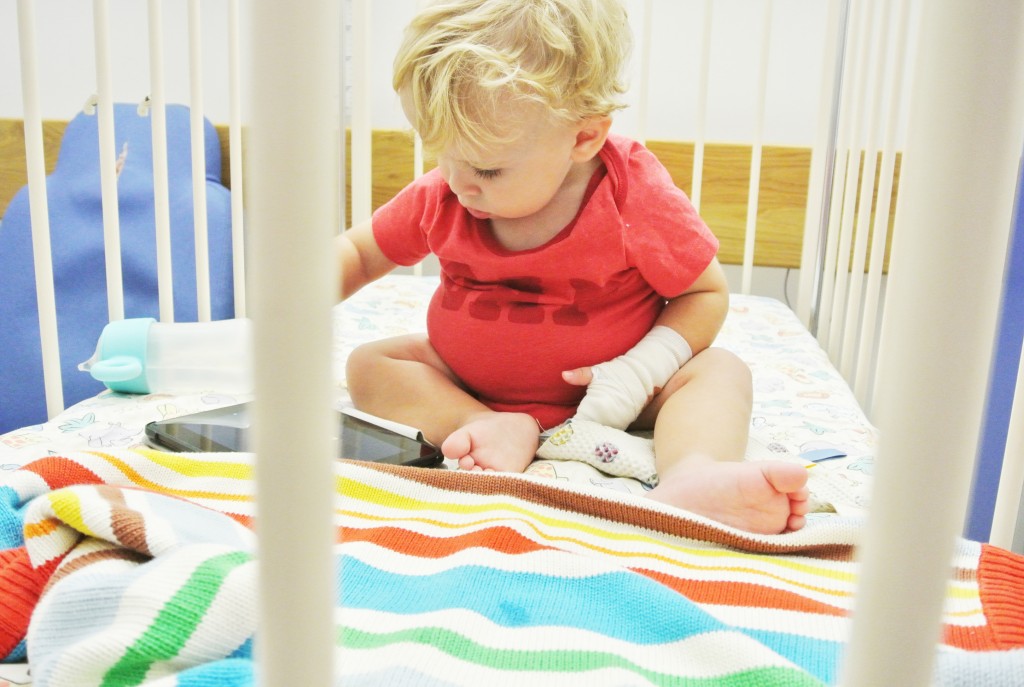 He has since had several surgeries, some with complications that were life threatening. He has had one kidney removed and his ureter tied, and placed to the outside of his tummy, making it difficult to keep him dry. Diapers that absorb fluid from the abdominal area do not exist, and urine bags are not used on small children.

Henry has always been on a lot of medications, some of which are to be taken with food, others before foods, some not within a certain time of each other, as well as an injection we give him every week. It takes a lot of organisation, but we manage. 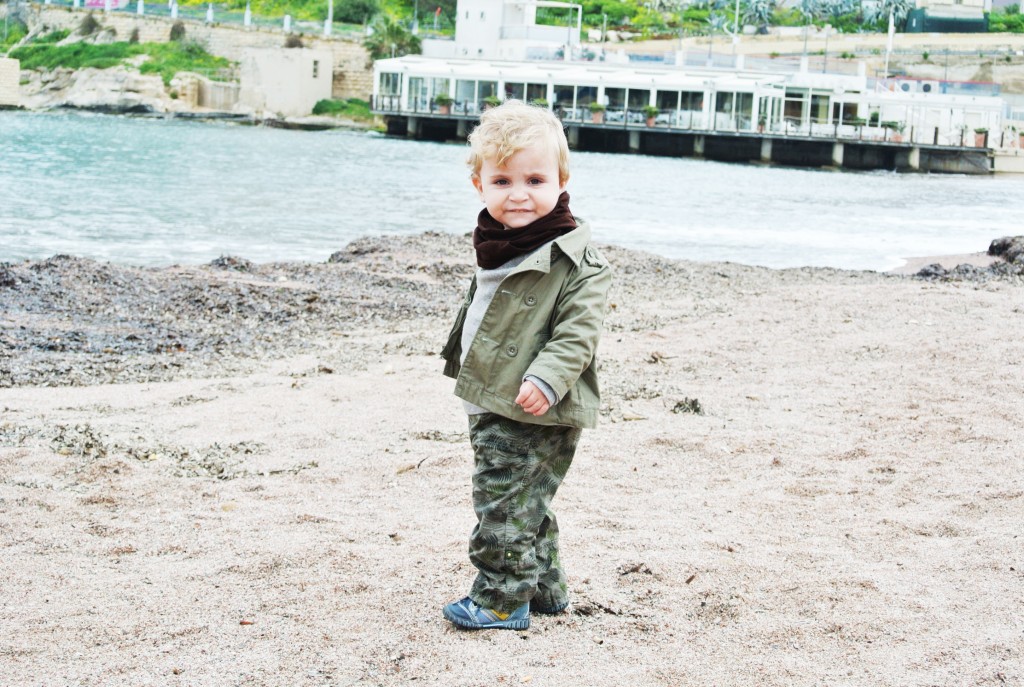 Currently, Henry is stable with medications, treatment, and regular visits to the hospital for blood tests. The biggest, most immediate problem that needs attention is his kidney disease. Medications and diet play a huge role in his well-being, but as he grows and develops, his body will no longer be able to cope with the little function that his one kidney has. His diet is a struggle – it is common for kidney disease patients to have a poor appetite, but it is just as important for them to eat a proper diet – and with a picky toddler that’s a feat. 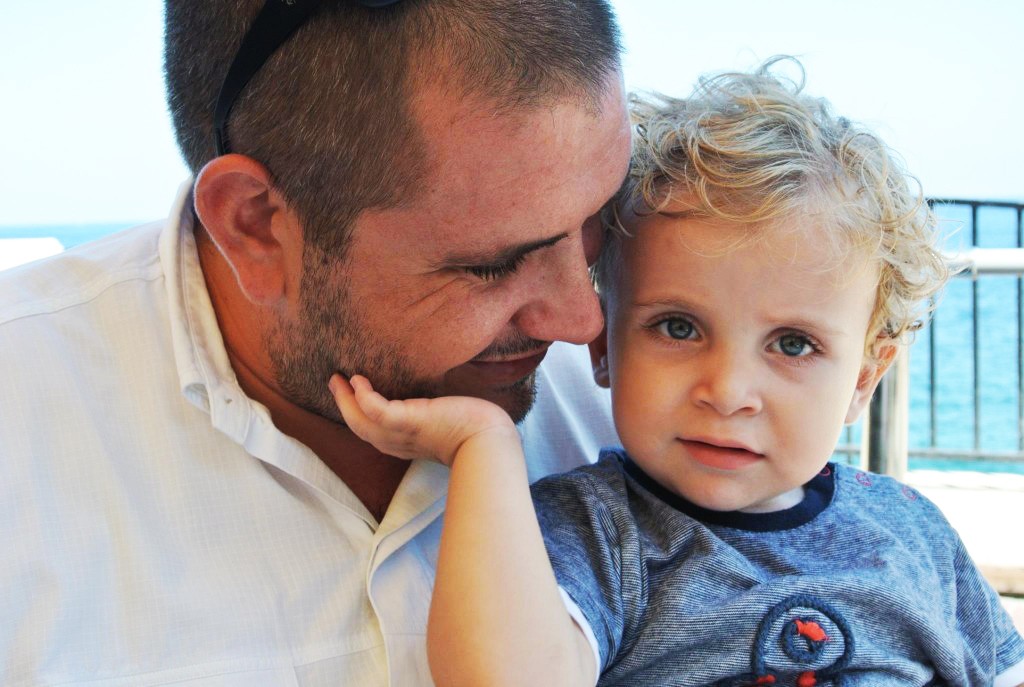 Being a silent, or invisible, disease, his health is monitored mostly through blood tests. And when values started to increase last November, his doctor informed us that we needed to start taking action towards his eventual transplant. We will be visiting Great Ormond Street hospital for the planning and preparation. We have appointments with specialised teams of surgeons, doctors, nurses and therapists who will be preparing us for his eventual transplant. Prior to his transplant he must also undergo surgery for a bladder reconstruction – rectifying the urinary system before getting a new kidney.

During this upcoming trip to London, my husband will also be undergoing tests as a potential donor. Until I was diagnosed with breast cancer I wanted nothing more than to be a potential kidney donor myself for my son, but cancer made that choice for me, and donating is not an option anymore. 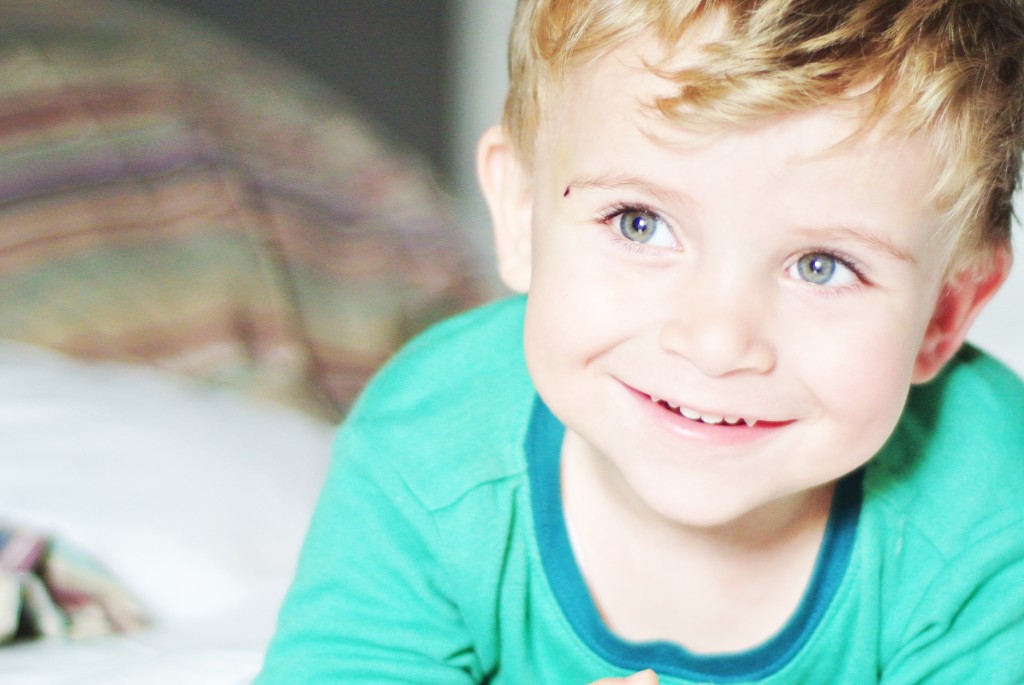 We are now starting the next part of this journey. Albeit very difficult situations are coming our way but we have been through a lot and he has thrived and fought with his fierce will.

When you meet Henry, his infectious smile and bubbly character will give you no indication of him being any different from any other little boy – but he is one little & mighty kid suffering from a rare disease no one had any control over.

Although I am terrified and sometimes wonder if being prepared is a good thing, I will take things one day at a time.