It has not been for lack of want that I have postponed writing and publishing this post. Time and emotion have taken the best from me and I have resorted to things like procrastination, only to realise it makes everything worse. There are times when I think that writing helps me process but at the same time, remembering gets me thinking and that thinking gets me worrying and that worrying gets me crying. Now, before it starts sounding like an excerpt from Dr. Seuss, you get the picture, right.

Now, I’ve locked down and bolstered the courage to write and finally finish this post. 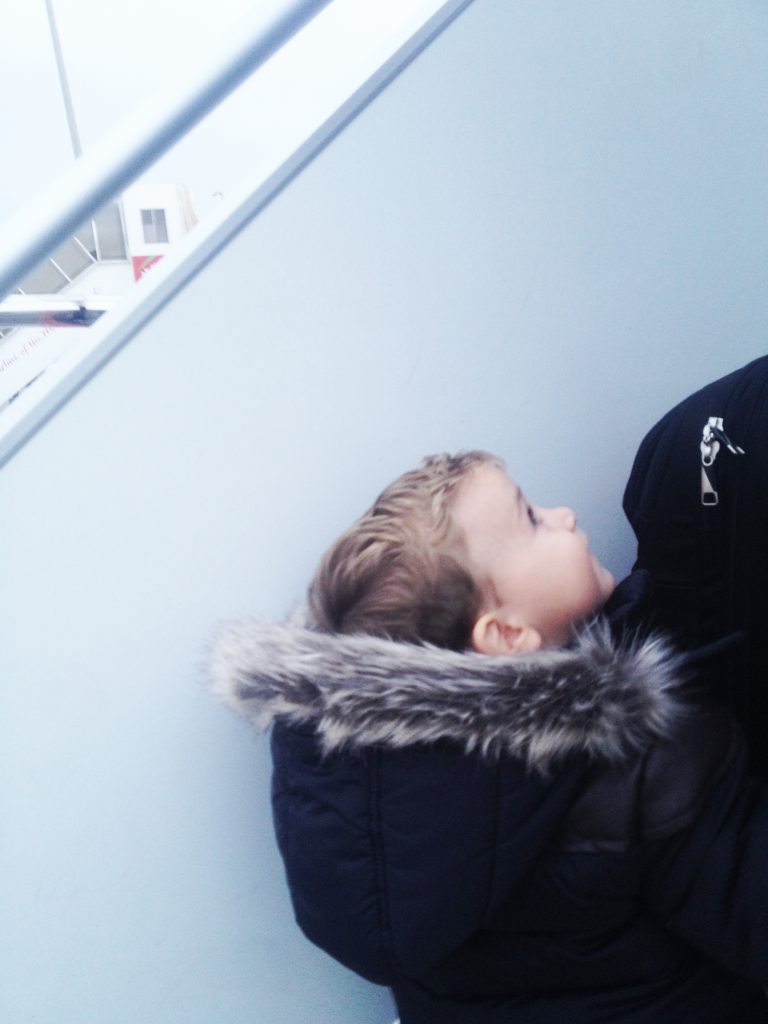 Soon after returning from our visit to London in March, we were notified that we needed to return for continued examinations and testing in 3 weeks for both Henry and R. It was a short time to be home and I barely had time to catch my breath, but I was happy to be home to spend Easter with family.

April rolled around and we headed back to London. It had only been a few weeks since we had traveled and I felt a little more at ease getting on a plane with a toddler. 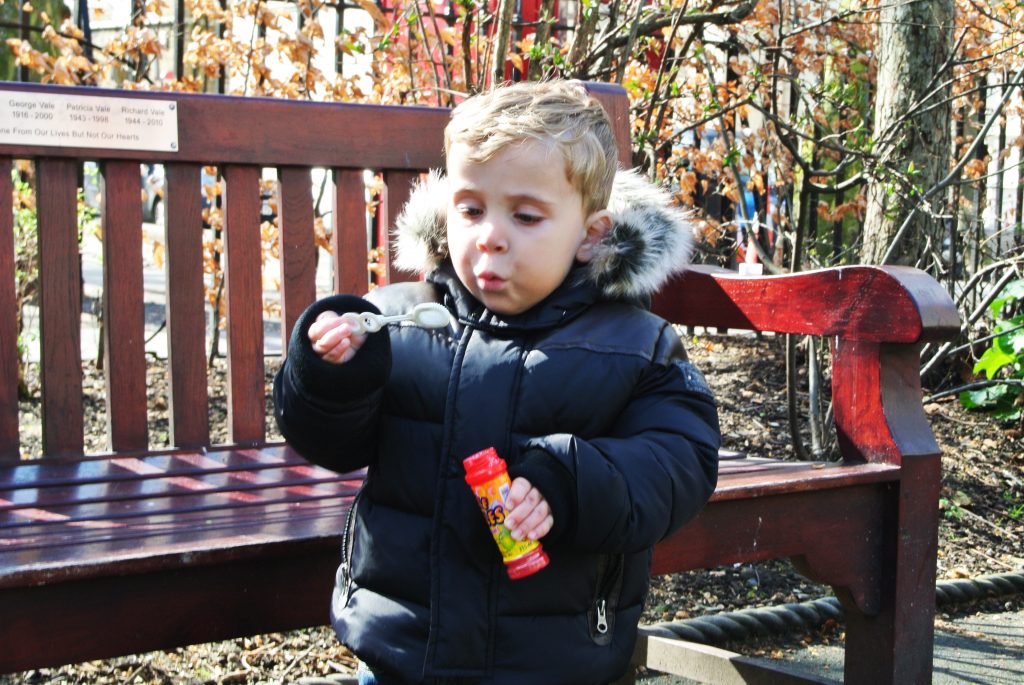 Looking back, I realised that our visit in March helped us become familiar with navigating through the hospital and its surrounding areas. It was a bit of a relief to eliminate some of the many unknowns that we were so overwhelmed with.

As soon as I get to the hospital I feel a bucket of ‘wtf’ dumped over my head. I need to be emotionally and physically strong, alert, entertaining, and patient but all I really want to do is grab my little family and run away to a place where none of this is real. 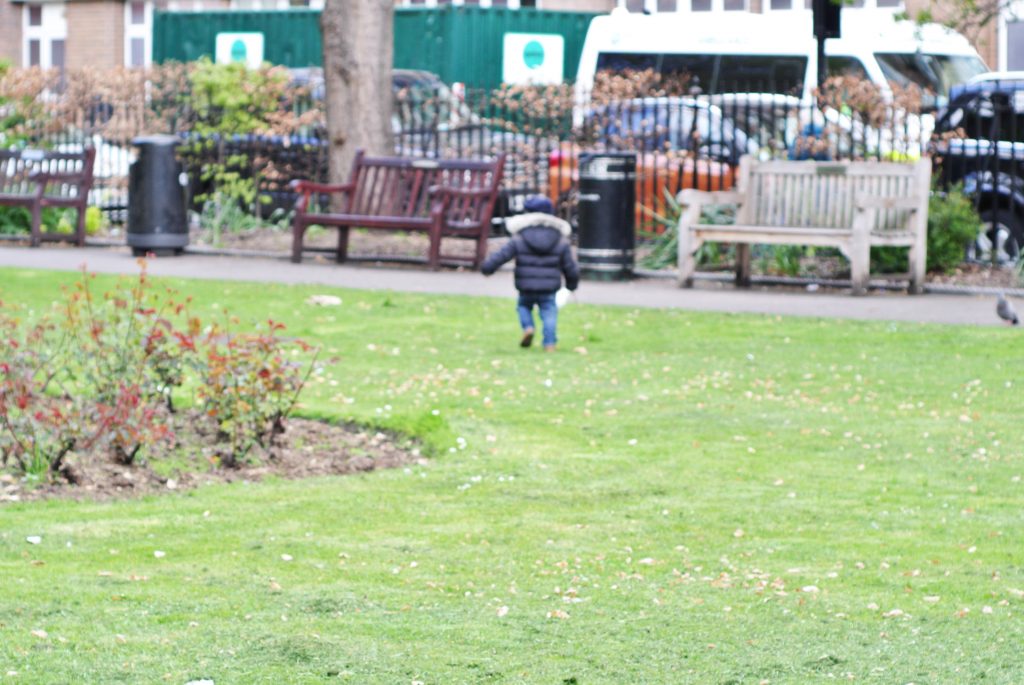 This time around, both Henry and R had procedures scheduled and it was anybody’s guess how long we’d be in London. 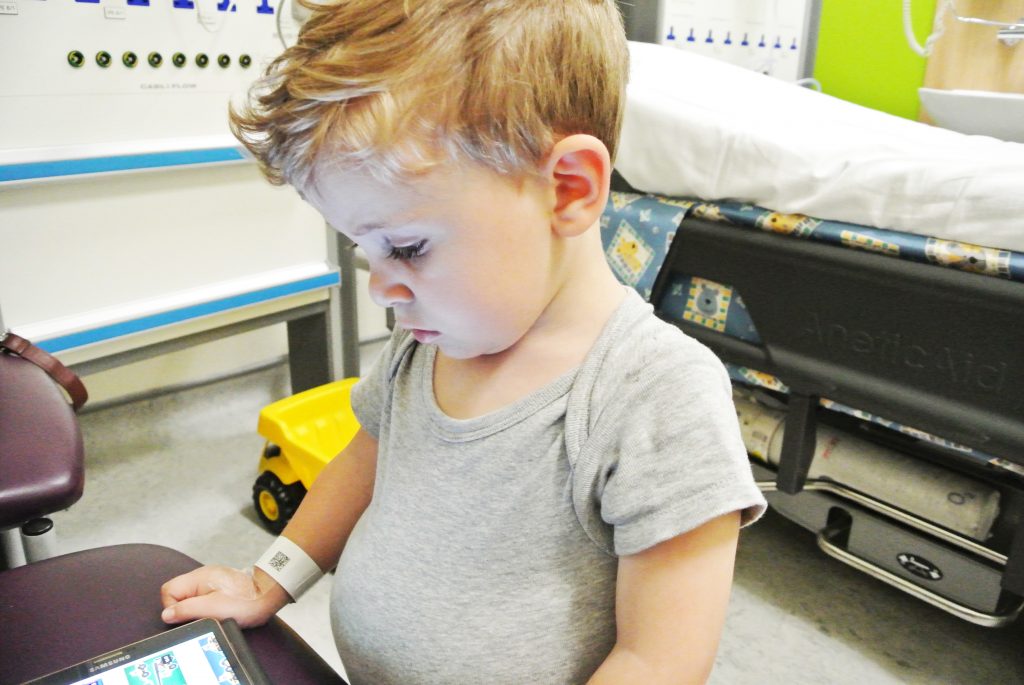 We began. Pre-admission admission blood tests were taken, documents were filled out and letters of consent signed. I never really get over that nauseous feeling that consent letter gives me – the one where they tell you its a routine procedure, but. No parent should have to go through that and yet, we have done it countless (8) times so far.

On the day of the procedure, we arrived at GOSH (Great Ormond Street Hospital) bright and early.

While we waited Henry’s surgeon came by and informed us that the blood tests from the previous day showed an infection. I felt as if my blood was being drained through my toes.

For Henry, an infection can be fatal. They weren’t taking any chances and he was given 2 separate doses of antibiotics, several hours apart to help his body fight the infection and defend against any potential infection from the procedure itself. 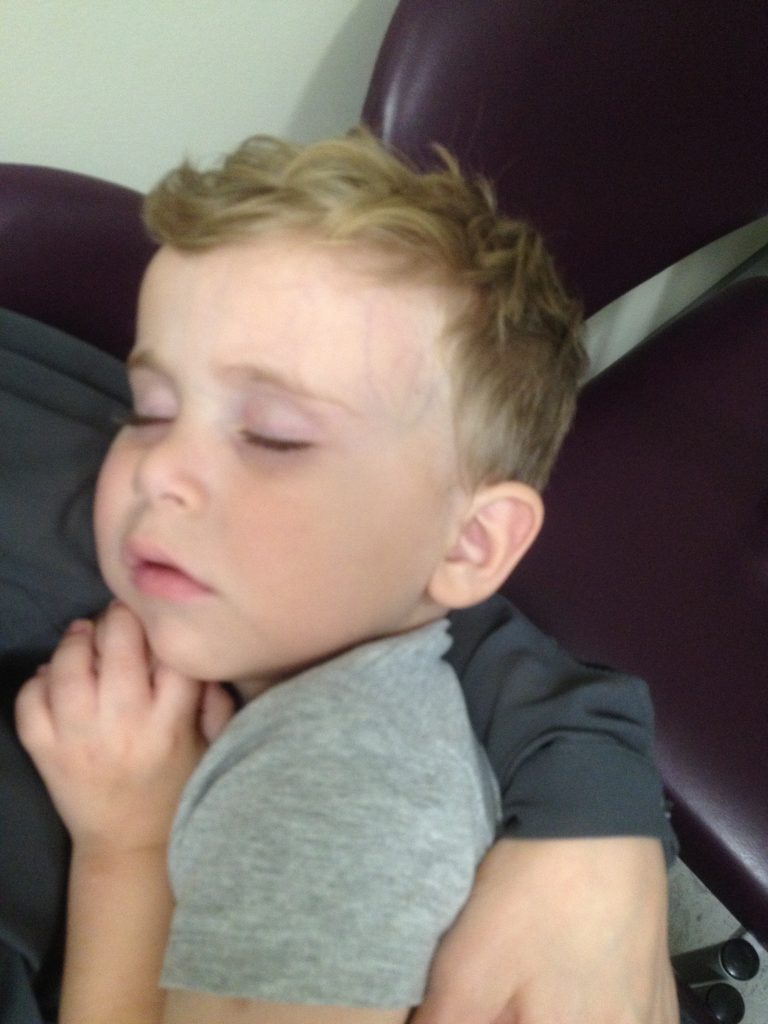 It was a long day.

Late that afternoon, he was considered safe for the procedure and we made our way to the anesthetist. He began by trying to make it seem fun (everyone is super patient), and let Henry examine the mask that was not yet emitting the sleeping gas. But this three year old wasn’t going to be fooled and as soon as the pipe was attached, the protests began. We had to hold him down until the anesthetic took effect.

We kissed him goodbye and waited.

Thankfully it was a short procedure and we followed the nurse who took us to post-op room where Henry was in recovery. I immediately recognised his screams and before the nurse could tell me where he was when she popped her head out of the room, I said to her, ‘that’s him, isn’t it?’

He was sitting on a nurses lap. She was trying to console him, but he just screamed. The procedure itself made him uncomfortable but not in pain so it was not the main cause of his frustration, it was waking up and not knowing what was happening. That can be scary for anyone, let alone a three year old. He was so angry. He cried mommy over and over again, but would not look at me. And he screamed even louder when a nurse approached.

By the time he settled down it was about 10pm.

By the time we got back to where we were staying, it was close to midnight.

Needless to say we were beyond exhausted. 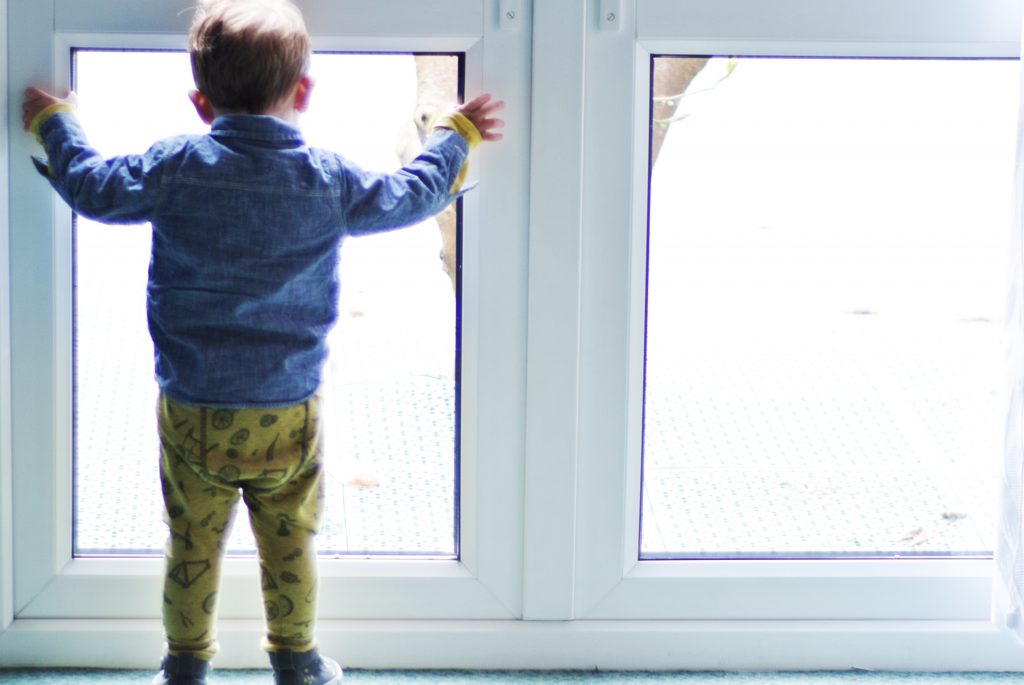 I continued to smell the anesthetic on his breath for days.  He seemed to be getting frustrated and anxious much more than usual, but on the whole, he was in good spirits and we did what we could to keep it that way. 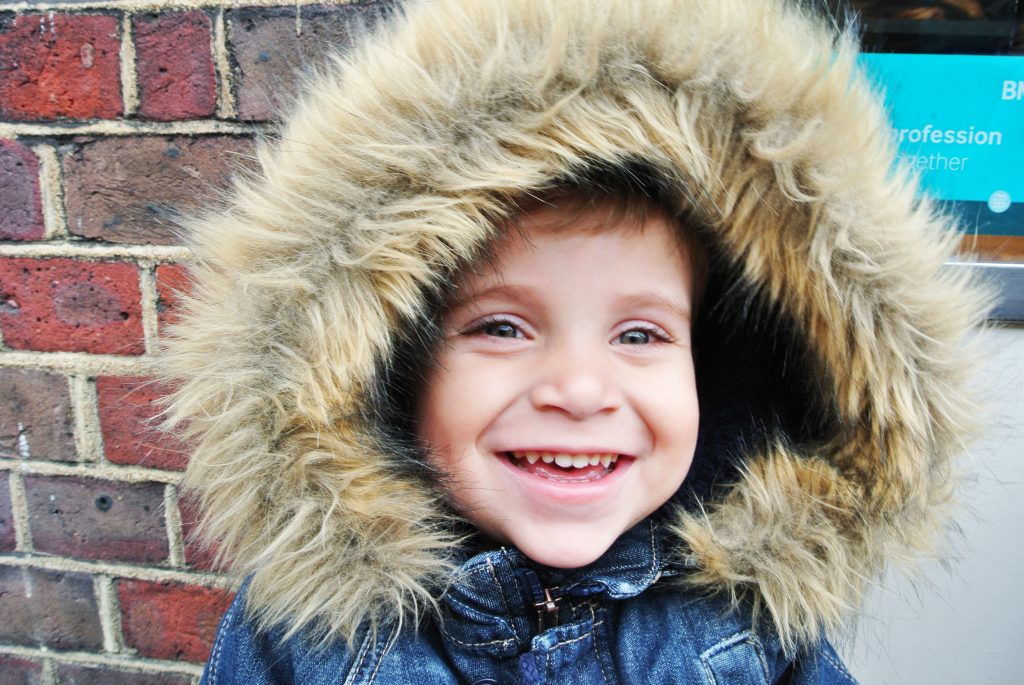 We continued with more appointments and follow ups over the next few weeks. We also learned that some investigations required R to have additional tests that we were not previously aware of.

Fifteen days later, we were heading to the hospital for Henry’s next procedure. This day was a little different for me.  R had a day of investigations and tests at Guy’s Hospital the very same day. Henry and I got into our taxi and R got into his. As the cars drove off, I thought to myself, this is what it will kinda feel like when its time for the transplant. I choked up but I swallowed my tears. It was going to be a long day and I needed to keep it together. I didn’t doubt my capability to get through the day, it just makes a difference when we’re together. 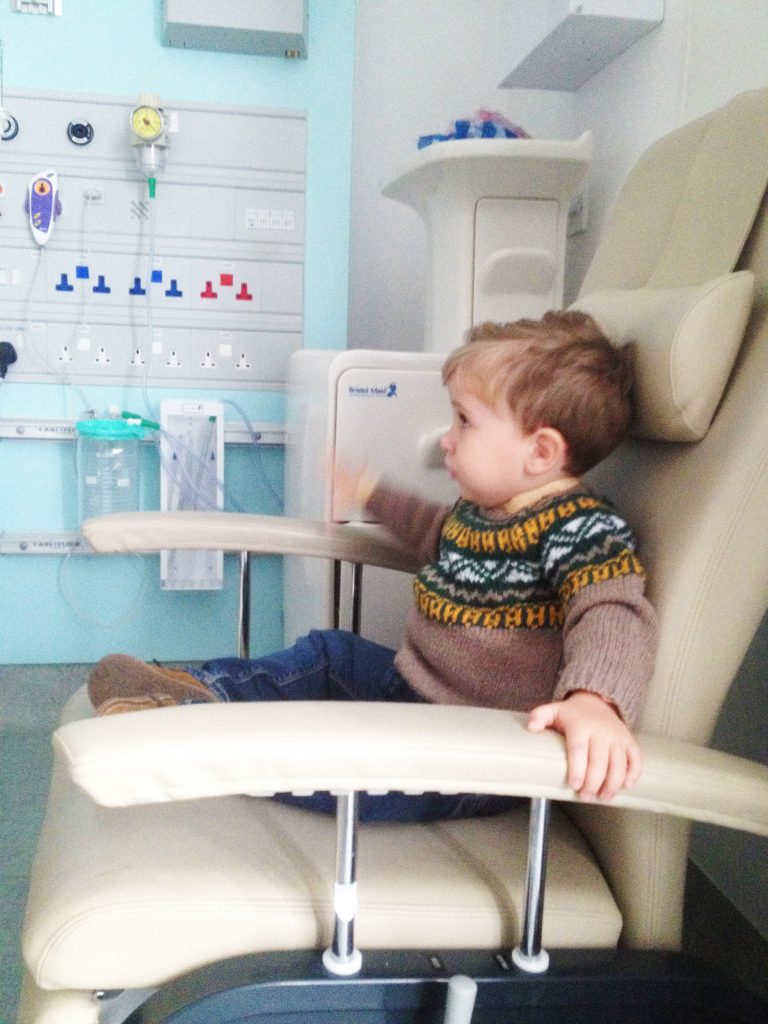 A bit of waiting and preparations, and we were on our way to the anesthetist again. We walked down the corridor and it became clear by the smell in the air that this was where anesthetic was administered and before I even came to the conclusion myself, Henry started to scream. He recognised the smell. His fear and anxiety was worse than I thought.

We entered the room and despite efforts of his nurse and the anesthetic to make it less fearful, he was inconsolable. His screams tore through me like a blunt knife. I held him tight and restrained him as best as I could. The anesthetist waved the pipe under his nose until his cries subsided and he went limp. I took a deep breath and placed him on the bed.

It will never get easier. 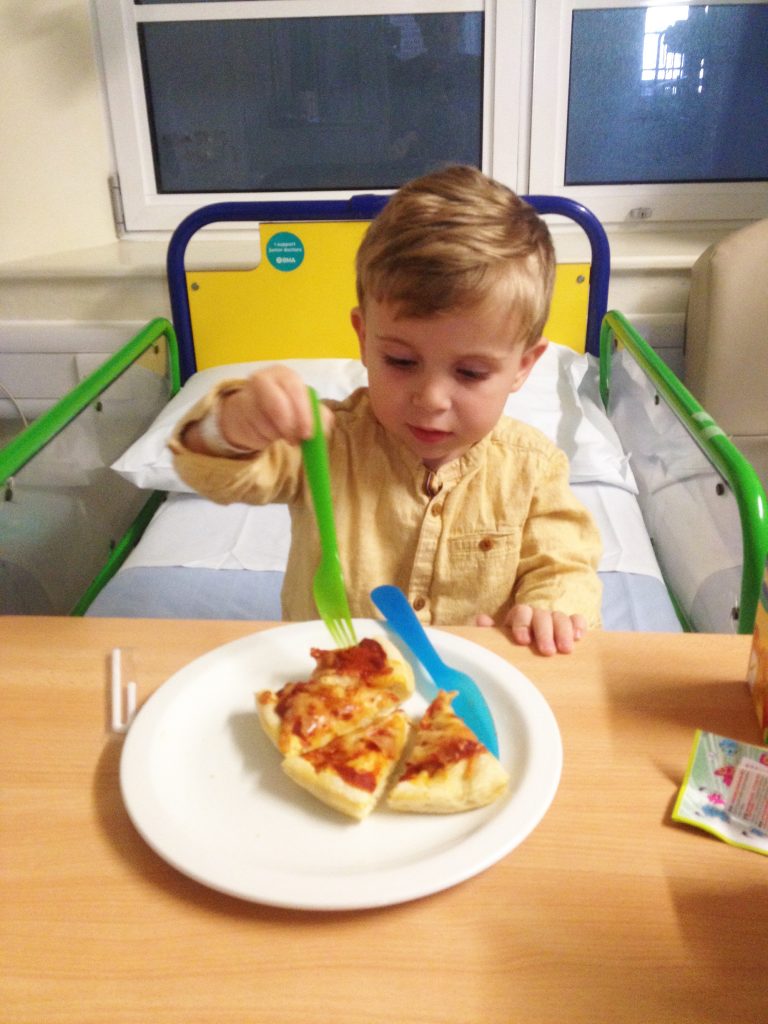 Much of the same anger, fear and frustration ensued after the procedure, but I was prepared with and arsenal of little treats this time to try to help distract him. Not much helped until the nurse suggested I get him out of the hospital gown and into his own clothes. It was like a switch. He was still protesting when nurses come to check on him but he was better.

What began as a a few weeks of tests and appointments, ended up with us in London for an entire month. I even ended up going to the hospital myself.

We were lucky to be staying in a place that had a yard and a large common area, so it was easy to stay in when we were exhausted after hospital visits.

Henry loved the 2 resident cats and chased them around the yard every chance he got. He quickly became attached to the lovely sisters of the convent and was so happy meeting other guests. 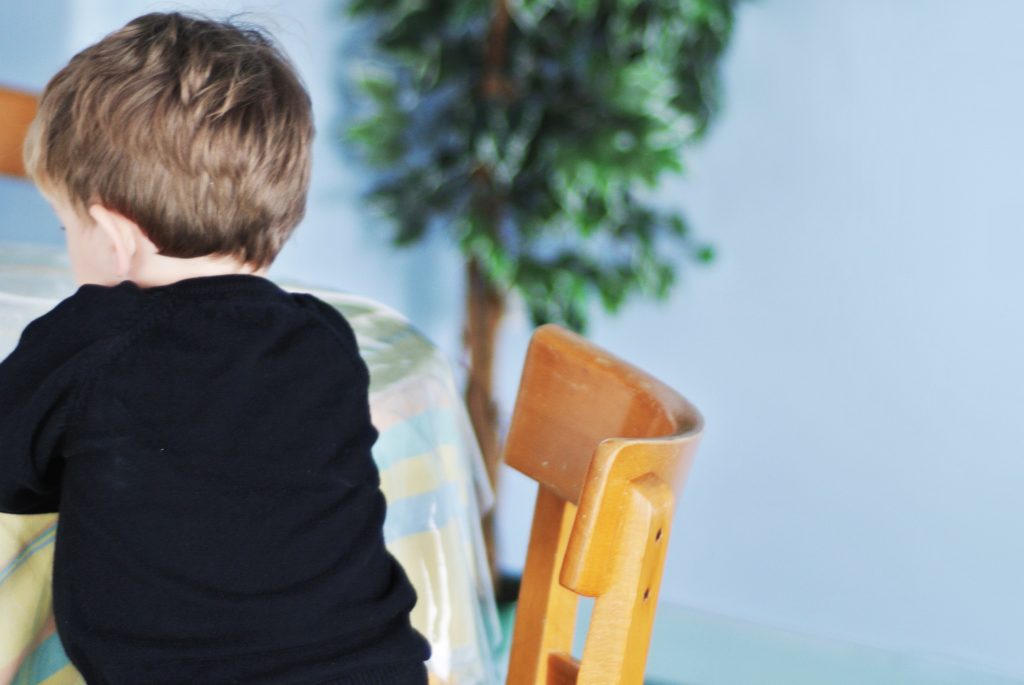 Once R recovered from his biopsy, we were glad to be heading home. And we also started the waiting game until results confirmed whether R would be confirmed as a living donor – talk about nerve wracking. 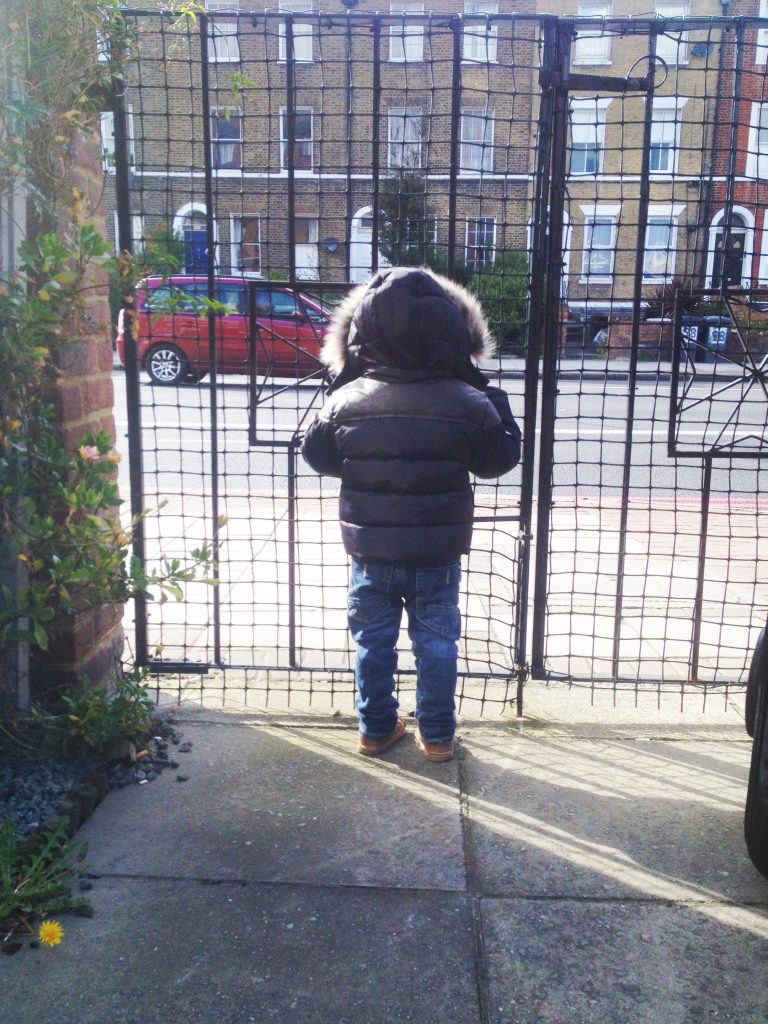 We were grateful for the assistance, patience and care of the sisters at the convent where we stayed. And we were grateful for everyone that helped us make things a little easier over those weeks – Doctors, nurses, hospital staff, taxi drivers in London and Malta – it just makes things that much easier to deal with.

And last but not least we are thankful for family and friends who’s continued support has helped us more than ever.

Update: We were meant to be back in London in June but since Henry is stable, our next visit has been pushed to October.

Update: Test results came back and R has been confirmed as the living donor.