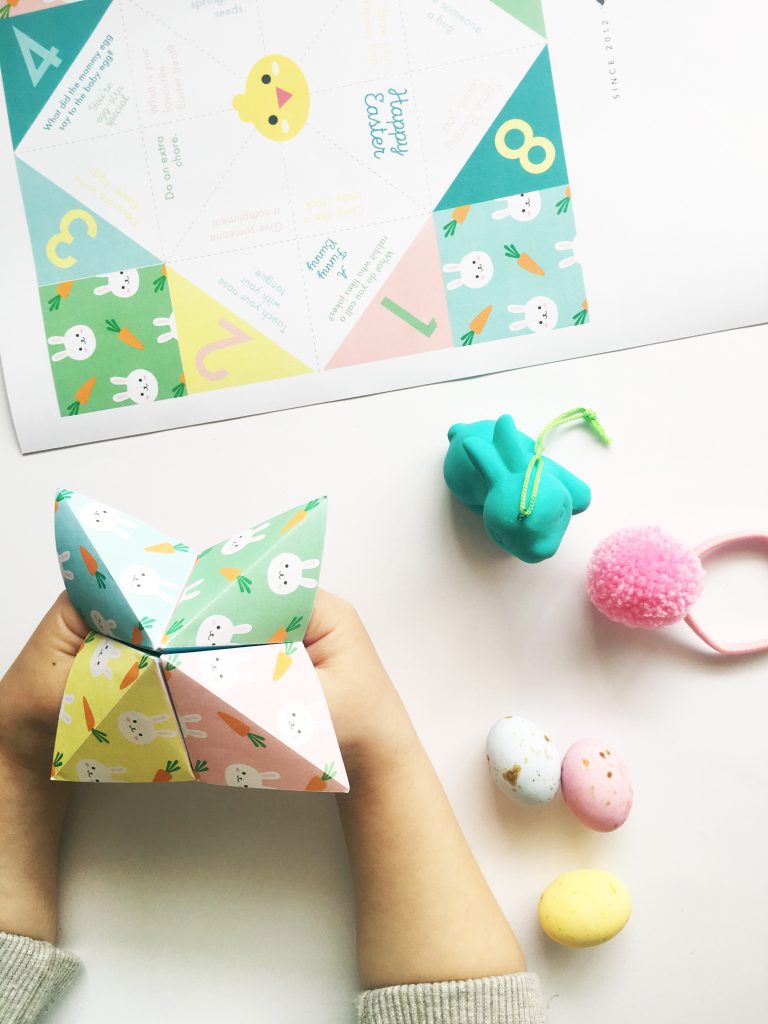 There is more to Easter than chocolate bunnies.

I love finding and creating activities, crafts, fun games and toys that are not chocolate, especially because Henry does not like chocolate (yes, you read that correctly) – we’ll save why that is not always a good thing for a later time.

As a child I found fun, fantasy and whimsy in the simplest of toys and my affinity for paper and stationary products was strong from a young age as I cut out and coveted my paper dolls. When I think back, I realise how fun the 80’s were. We may not have thought it at the time but it was a wonderfully free spirited time for children to grow up in.

One of my favourite things to make and share in the playground and at school was Cootie Catchers. My friends and I could make them for days. We wrote little fortunes, special sayings and fun facts or jokes that we giggled over.

Evidence suggests that Cootie Catchers go as far back as the 17th century, but didn’t become popular until the 50’s when they were seen widely in the US and Britain and took off from there.

Sources believe the word “cootie” came from the Malay word kutu, meaning “dog tick,” which returned with British soldiers after World War I. Some believe that the centre of the Cootie Catcher act as pincers that swallow up germs or bugs which were referred to as ‘cooties’.

I love re-hashing old playthings for kids today and so here is an Easter themed Cootie Catcher for you to download, print and enjoy. It includes greetings, jokes, fun and heartwarming tasks.

Follow these instructions to learn how to fold your Cootie Catcher. 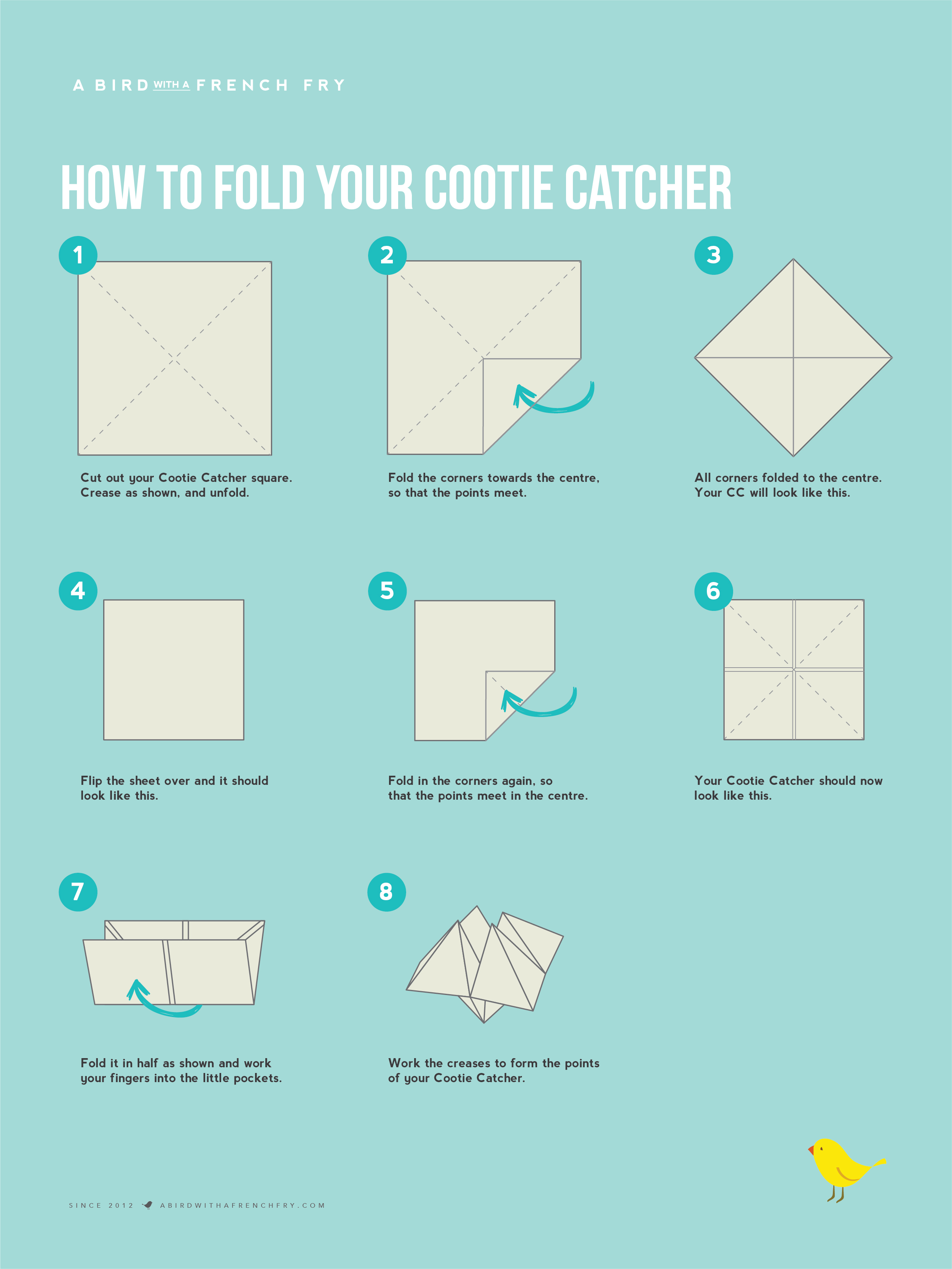