Around the World, HappyNews, The Happiness Project
21, March 2022
by ABWFF Author
0

In the swanky resort, with large windows of its main hall overlooking a medieval castle on an island of a frozen lake, the children, aged two to 18, help each other set up lunch on a shiny table, before the older ones take restless kids for a daytime slumber in their cabins. 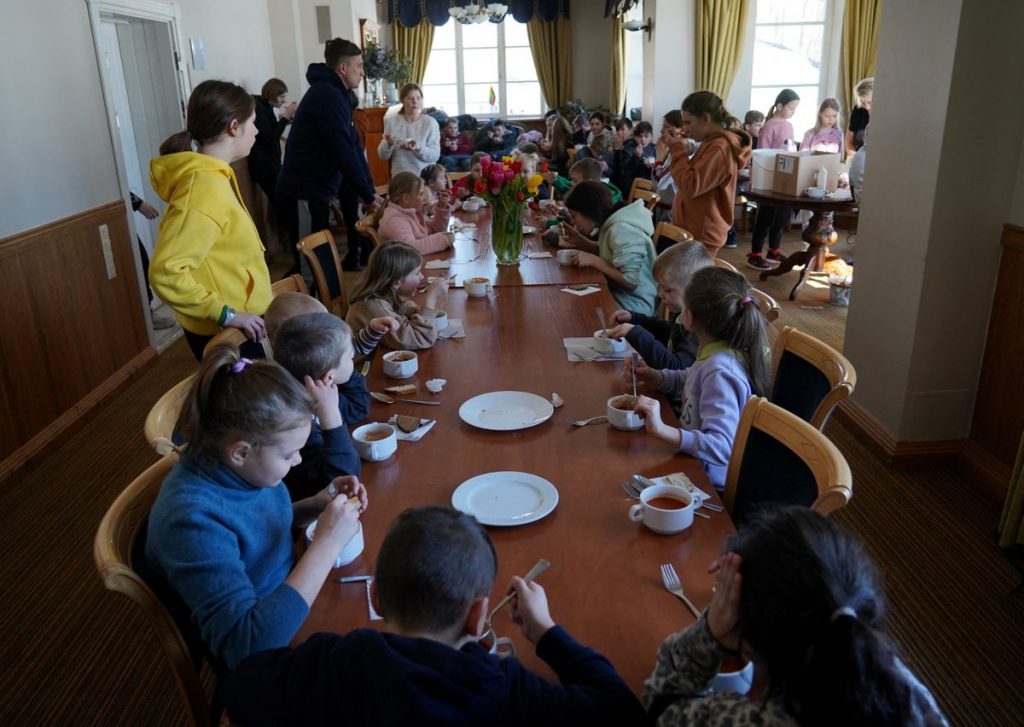 Back in Ukraine, the children were told to sleep fully dressed on makeshift beds on the ground floor in their orphanage since the Russian action in Ukraine began, so they could move to the basements quickly as air raid sirens blared every few hours, said Sergei Drok, a priest who founded the orphanage.

“They wanted to bomb the nearby military installation, but it ended fine for us. We only heard the missiles flow by. They make a whistling sound as they pass. It was very scary,” said Aleksandra, 14.

“Driving here, from the bus window, we saw people building barricades in towns, and it scared us too.”

During the 1,600-km (1,000-mile) journey, Drok spoke with children endlessly about the war and what happens next. “I couldn’t keep up with answers, they almost didn’t need them, they wanted to ask. These questions are almost gone now.”

Busses arrive in Lithuania every day from the Ukrainian-Polish border with children, some in groups from orphanages, some with their family, some in groups, some alone, said country’s children rights watchdog Ilma Skuodiene.

Premises around the country are being set up for groups such as the one in Trakai, and 500 families offered to care for any child who arrives without anyone to look after them.

“I was told to only take a change of clothes and nothing else. The little kids all cried when they left, as they had to separate from their teachers. But they look happy now,” Nazary, 16, said.

Trakai town is working to provide food, schooling and extra school activities for the Ukrainian orphans. “They are our children now,” Mayor Andrius Satevicius said. “We are working with the school communities, how to accept them, what topics to avoid with them, so they feel comfortable and safe.”

“There’s a tsunami of goodwill for Ukraine in Lithuania,” said Giedrius Simonavicius, spokesman for SBA, one of the largest Lithuanian business groups which provided the resort.